Natan Spigel was born in Lodz in April 1892 and was murdered in Treblinka in 1942.

THE WORK OF NATAN SPIGEL

The works presented here are all the currently available known surviving works of NATAN SPIGEL  z''l. This site is meant as a tribute and a living memorial to his life and work. As we discover  more about Natan's life and work  this  memorial will  be updated so that his work and vision can be shared with future generations. His dream in 1936 was to get to the nascent State of Israel, Palestine as then was, and he expressed this wish in his work and letters. He always saw himself as a Jewish artist first and foremost  and so it is fitting that some of his works reached Israel where they are housed in Museums at Ein Harod and Tel Aviv.

Natan Spigel visited London in the 1930's and as well as an exhibtion, four of his works were purchased by the Ben Uri Gallery , the centre of Jewish artistic life at the time.

Only a few works survive the Shoah and these are presented here, together with photographs of Natan , sometimes with other artists who were active in the cultural life of Lodz, his home city.  At an exhibition, sponsored by the Jewish publishing house , TEL AVIV,his work was recognised as part of a group called START.

This last known surviving work of Natan Spigel is housed in the collection of  THE GHETTO FIGHTERS MUSEUM in Israel.

This work was completed whilst Natan and his family were imprisoned by the Germans  in the Ghetto of Radomsk before being  transported to their death at Treblinka.

In his own words:

Natan wrote to Dr.Otto Schneid in Vienna in April 1936. Dr.Schneid ,an  art historian, was preparing an encyclopedia of Jewish artists  but this work was seized by the Germans and never published. He went on to work at Haifa University and some of his archives did survive and are a rich treasure trove of Jewish artists of the period.

I kindly thank you for all the troubles you have had in finding me, and hasten with my reply.

I was born on the first of April  1892 in LODZ.  My father and especially my uncle, that is the brother of my father had considerable musical talents . was giving /performing concerts.

Already in my school I have a considerable drawing abilities.  Until my 18th years I was preoccupied with Jewish studies and I was very religious. Till today, inspire of all the knowledge that I have amassed in my life – my conviction stayed with me.

In the year of 1910, I left for Rome and there I have entered a German institute is beaux arts, conducted by a professor OTTON GREYNER.

I worked there for 4 years. After one year of work I have gained a stipendium.

In 1914, before the beginning of the war,  I have returned  to my country,  Where I have been a teacher of drawings (painting), concurrently I have worked on myself

In 1921  I left for a continuing education in Paris. In Paris a have taken an active role in the artistic life there. Several times I was prized in exhibitions such as   “salon de automne”

In the year 1926, I returned to my country and have worked in deepening of my art, I have created several images of the Jewish Workers life.

Several of these works are located in European Museums.

In the year 1931 I have left again by France, Italy and England.  In all these places I have worked and indeed together participating in various exhibitions successfully.  In London I have sold to a Museum BEN URI  five paintings.

The LODZ City Museum purchased from me a picture depicting workers life.

At the present I’m in Poland and every year I go to Kazimierz on the Visla  this city with its character antiquities correspond very well with my images.

A considerable amount of works  was created indeed in KAZIMIERZ.

At the present time my aim is to go to Palestine.

Concurrently I attach here the pictures of the several of my painting and my own  picture.

Please choose these that are suitable and please send me back the rest.

I include my deep feelings of estimation and true amity

This personal testimony is drawn from the the Yizkor Book in Memory   of Our Annihilated Radomsk  Kehile . This Memorial was published in Tel Aviv in 1968.

In my house (in Haifa) is kept a picture by the painter Natan Szpigel, who lived for a long time in Radomsk. The picture is 57 by 79 centimeters, painted on linen and shows a fragment of the old shul in Kus'mir, which was destroyed by the Nazi-Germans. In the picture one sees a hand lamp with four candles, several lecterns and a shelf near the wall.

Natan Szpigel painted many interesting images, but two of his paintings made the greatest impression. One image depicted a pair of worn out, burst leather men's shoes. The shoes were painted in such a way that it appeared as one sees the weary feet of an old man, who went around in them for many years to houses collecting donations. The second picture presented a table with tefillin – a shel-yad (phylacteries for the arm) and a shel-rosh (phylacteries for the forehead). When one studied the tefillin, it appeared as if someone had davened with them and soon someone would again come to the table, take the tefillin and put them on the head and on the left arm to daven.

Natan Szpigel belonged to the Realists. He had exhibitions of his pictures in different art galleries in Poland (in Warsaw, Lemberg) and England (London). In our city, he was the first who had a painting exhibition. The exhibition took place in Zhilinske's Polish gymnazie, on Czenstochower Street. There were landscapes, portraits, still-lifes and all of the paintings made a great impression on the visitors, whether Jewish or Christian.

Little by little, Natan Szpigel was drawn into the communal life of the city, often held lectures about art and associated with the young people. He married the eye doctor [in Radomsk], Hana Fort, who was from Galicia. They lived on Strzalkow Street in the villa of the Jewish pharmacist Mientkewicz and had two children – a boy and a girl.

When the Germans entered the city, Natan Szpigel and his wife decided to stay in Radomsk (He had said: “In a war, no one knows when one will die”). A doctor, a Nazi, came to the city and in a few days, Natan Szpigel received an order from city hall -- to immediately free the villa for the German doctor. With a heavy heart, Natan Szpigel's family left the villa and moved into the ghetto in Blumsztajn's house, on Strzalkow Street, which was later the Jewish Hospital.

Natan Szpigel worked for a short time in the special commission of the ghetto at the Yudenrat. Later, when he saw the growing and hopeless Jewish need, he quietly left the special commission (“My heart,” he said, “becomes sick and hurts seeing how the Jews come requesting help and one cannot help them”). In spite of this, he would

often gather the young in the ghetto, talk and sing Yiddish and Hebrew songs, so that they would not be so sad.

When the Nazis began to prepare the deportations of the Jews, Natan Szpigel left his son in the Polish hospital on Strzalkow Street and hoped that there the child would be protected. However, on the 9th of October 1942, when the Germans chased the Jews from the ghetto onto the deportation platz, two Polish nurses from the hospital came with the boy and left him on the platz. A Nazi

noticed this. He went over to the boy and roared, 'Loifen, du Yude.' The boy began to run from fear; the German shot after him with his gun and the boy fell down dead. The Nazi laughed, when he saw the child's blood on the ground.

After the liberation, when I came by foot from Czenstochow to Radomsk, I met Mrs. Keselman in the market. A few days later, I visited her in her home and there saw two pictures by Natan Szpigel. Mrs. Keselman told me that after the liberation when she came back to her home, she noticed on the wall two portraits of German soldiers. She took them down, studied them from the other side and saw it was splattered with blood. She ran [her fingers] over the pictures. She scratched off the portraits and then the real pictures were revealed-- the two images by Natan Szpigel.

Several days later, when Mrs. Keselman's daughter was by chance standing near the pictures, Polish rowdies shot through the window of the residence and the daughter was murdered. One of these pictures, splattered, subsequently [traveled with me] until I came to Israel.

Natan Szpigel, his wife and the second child were deported from the Radomsker ghetto and did not come back. One of his images, however, came to Israel, the land of his young dreams. 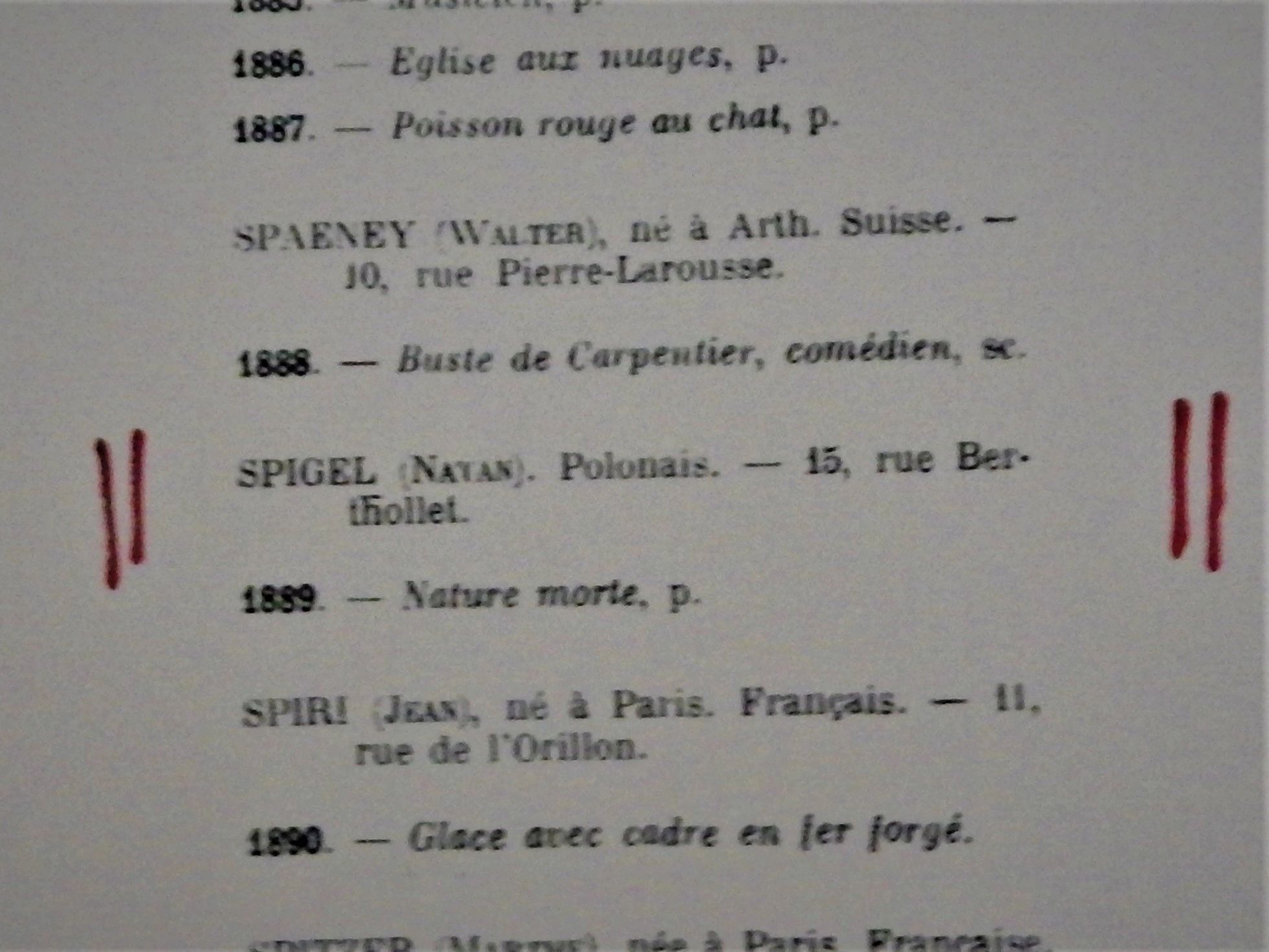 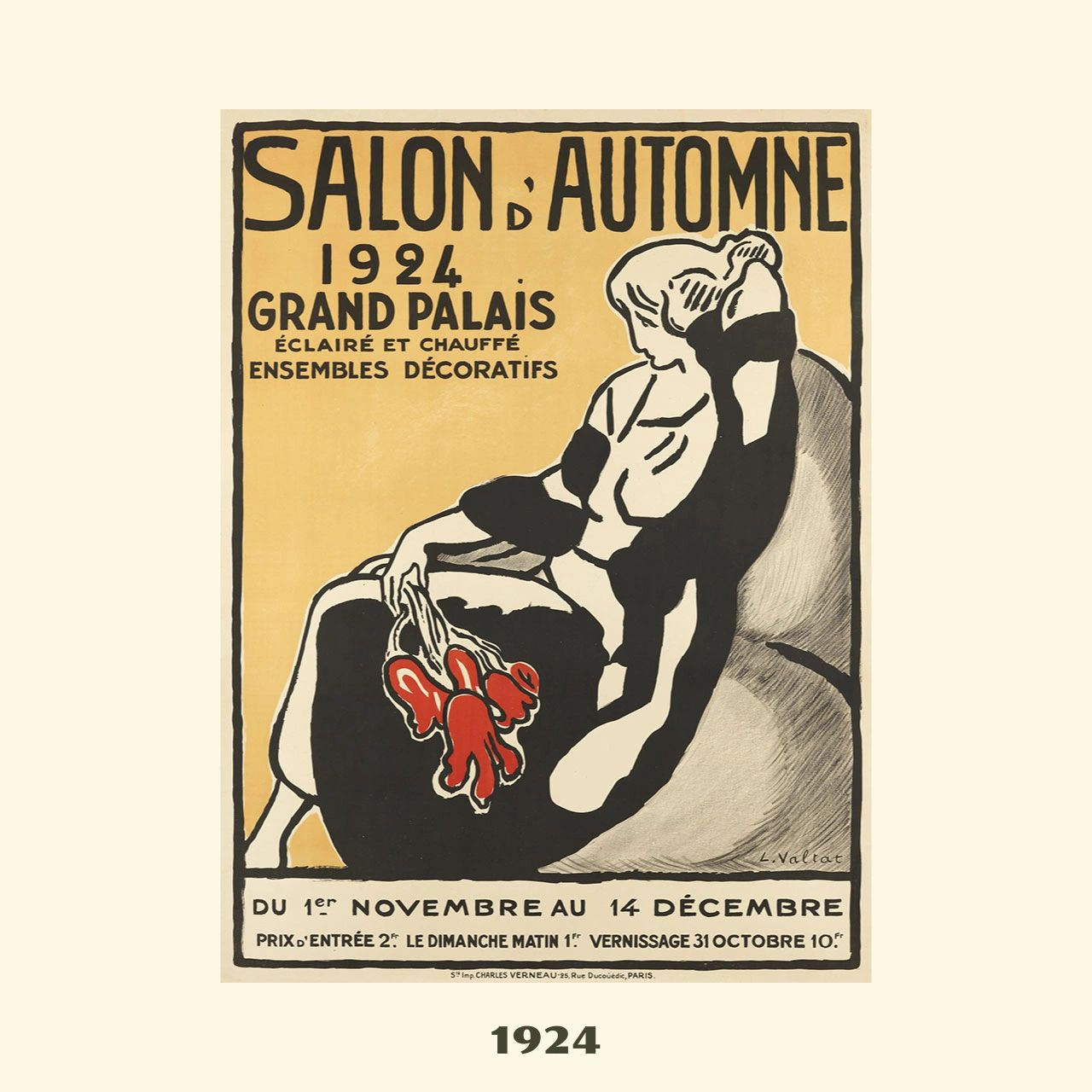 THANK YOU FOR YOUR VISIT : MAY YOU GO IN PEACE

For more information about this Jewish artist or if you can help add to this history please do get in touch using either email  or by posting directly to our Facebook page.